At the age of 30, Chinese doctor Tom Wu was diagnosed with advanced stages of lung cancer, and was told he had only a few months to live.

However, Dr Wu, who recently spoke with Mylife, has already reached 70 years old, and to our surprise, he still looks like a young and healthy man in his 50s.

Not only has he survived, but the doctor has maintained a healthy life. The cancer is all gone, and he said he's never caught a cold or other illness for 40 years.
He has stopped going for blood tests.

His secret lies in the power of natural healing. Dr Wu always says that no wonder drug can cure diseases. But our own internal healing power, our immune system, can. And what can strengthen our immune system are simple foods from Mother Nature, and a healthy lifestyle. In his view, diseases such as cancer, diabetes and heart disease can be overcome by changing the diet.

"Instead of taking a cholesterol lowering drug, I would urge them to stop eating greasy food. My suggestion is to eat clean food, which is high in phytochemicals," he says.

Phytochemicals are natural cleansing agents that will help rid plaque from your arteries. They come from natural foods such as vegetables, fruits with their seeds,
and common garden herbs. Phytochemicals will nourish the body's cells so they can fight against any foreign substances that invade your body.

Dr Wu's outstanding contributions to the development of natural medicine earned him the "World Famous Doctor Award" from the UN in 2001, and the "Best Wellness Doctor of the World" award from India's World Wellness Open University in March.

The secrets of how he won the fight against lung cancer and maintains a healthy body are revealed in his first book, Dr Wu's Principle of Natural Cures, which has recently been translated from its original Chinese version into a Thai edition, Thammachart Chuay Chewit, published by Nanmeebooks Publications. It was launched in Thailand in March.

Dr Wu says what's written in the book is unique and easy to understand because "the author is both the doctor and the patient himself". All the ideas and guidelines suggested in the book come from his own experience as well as what he has learned from his patients.

Dr Wu had first studied Western medicine in France, and then furthered his education in alternative therapy, earning a doctorate degree.

The turning point arrived when he was diagnosed with lung cancer at the age of 30. Modern medicine gave him no hope; it was too late to remove the damaged parts of the lung. The cancer had already spread to other organs, and the doctor told him he had only a few months left.

In his despair, Dr Wu picked up the Bible and prayed to God. Then the Bible fell to the floor, and he read the page it opened to carefully. The chapter talked about the days God created the Earth and everything needed for human beings. Then he created Adam and Eve, and told both of them that plants, vegetables and seeded fruits growing on Earth have been provided for them to eat.

"I thought about what I had eaten in the past - meat, fish, fried and grilled food, sweet cake, but God simply wanted us to eat vegetables and sour fruits. I was confused and doubted whether I would become weak if I ate too many vegetables and less meat," says Dr Wu.

Yet he decided to follow the Bible's guidance. He ate a lot of vegetables and fruits, drank clean water, and completely adjusted his lifestyle - his sleeping, breathing and exercise habits.

Nine months later, he went for a check-up, and surprisingly no cancer cells were detected.

He advised people in his family and in the neighbourhood about his discovery, and studied natural medicine until he received a doctorate degree in naturopathy and nutrition from the US.

Dr Wu has been a frequent speaker at worldwide forums, spreading his knowledge on natural cures and the use of organic food. He advises people to use the most simple foods in the most natural way in order to fight illnesses and maintain good health.


The human body has the power to heal itself. The immune system has a self-defence mechanism to block and destroy bacteria or viruses that invade our bodies, while the self-healing mechanism will get us back on the road to recovery. When you have a cold and take medicine, the medication may kill the virus but your immune system will not fully function, and its efficiency will decrease. As a result, your body will be more vulnerable to germs.

Dr Wu's principle is to strengthen the immune system, and avoid medication as much as possible. In his book, he offers the following guidelines to good health:

1. Have at least three bowel movements a day.

Other health experts may advise one bowel movement a day, but Dr Wu says that's not enough. You need three to four bowel movements a day in order to excrete all the accumulated faeces from your intestine. Your liver will not be overburdened and it also helps reduce cholesterol in your body.

2. Drink at least three glasses of fruit or vegetable smoothies each day.

This is a way to ingest enough phytochemicals to strengthen the body's cells and immune system. Use not only the flesh, but also the skin and seeds of fruits and vegetables to make smoothies, as they are rich in phytochemicals.

Most of the fruit seeds have small amounts of cyanide which kill bacteria and viruses without damaging the body.

Actually the recommended smoothie diet is six glasses a day, two in the morning, one before lunch, two more in the afternoon, and one more before dinner. However, if that's too much, you may start with three glasses a day. Use a high powered blender (at least three horsepower) as it can release phytochemicals from the fibre. It's best to choose sour fruits like green or red apples, grapes, pineapples, kiwi and lime.

We often hear that the Sun's UV rays will damage our skin, and many people apply sunblock before going out.

But Dr Wu says the opposite. He says the UV rays will help convert cholesterol underneath the skin into vitamin A which helps moisten the skin and prevent skin cancer, and also vitamin D that helps prevent colds, osteoporosis, and certain kinds of cancer.

"Therefore, use the Sun. Expose yourself to sunlight about one-half hour a day, at noon or another appropriate time based on your local climate. The Sun will make you healthier," says Dr Wu.

Don't exercise for more than 30 minutes. If you go beyond that, your body will be overworked.

"If you do it more than half an hour, that will become labour, not exercise. Your heart and your body will be working too hard," he says.

5. Shower with hot, then cold water.

This process will bring a rush of blood and energy to your body. It helps increase your immune system, blood circulation, and metabolism.

6. Drink a lot of water, in the correct way.

How much water you need to drink each day depends on your specific situation. If your office is air-conditioned, drinking six glasses of water a day is enough. If your work involves lots of walking, you have to drink 8-10 glasses a day. If you work under the hot sun, then 10-12 glasses of water are required.

The way you drink is also important. The correct way is to sip it little by little, to give your body cells time to absorb the water. If you drink the whole glass down at once, your cells can't absorb it all, and the water will be excreted as urine.

7. Eat according to your blood type.

Your blood type determines what you should eat. Eating the wrong foods will make you sick.

People with blood type O have to eat a certain amount of meat. If they eat only vegetables for a long time, their body won't absorb all the substances they need
to strengthen their immune system. The recommended diet for this group is 75% vegetables, 10% fruits, 10% meat, seafood and goat's milk (avoid cow's milk), and 5% grains.

8. Eat according to your biological clock.

Every human being has a biological clock that tells us when to eat, sleep, and wake up. If you don't follow your biological clock, the organs will lose their balance.
Toxins and wastes won't be excreted from your body, and soon you'll get sick.

According to Dr Wu, the biological clock is divided into three phases.

From 4am to noon is the time for bowel movements, so in the morning you should eat foods with lots of fibre. Fruit and vegetable smoothies are recommended.

From noon to 8pm, your body will absorb food so lunch is the most important meal. A vegetable salad with grains is recommended. Fish or boiled eggs can be added to your lunch. Avoid meat at dinner as the amino acids in the meat will disturb your sleep. Try to finish dinner by 6pm.

From 8pm to 4am, the nutrients and energy from food will be distributed throughout your body organs. The golden time for your sleep is between 10pm and 2am,
as your immune and self-healing system will function at its best. 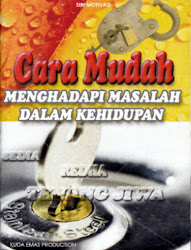